Nonviolence is the highest moral virtue

"Ahimsa paramo dharma" is the fundamental tenet of Humane Long Island and permeates throughout all we do.

Attributed to various religious teachers, including Mahavira — the 24th Tirthankara or enlightened spiritual master in Jainism — and popularized by Mahatma Gandhi, "ahimsa paramo dharma" is loosely translated to "nonviolence is the highest moral virtue." Ahimsa — Sanskrit for non-violence or non-injury to life — requires doing the least harm one can to all living beings, not only by action but also by thought and word. An important tenet of many of the Eastern faiths, including Hinduism and Buddhism, Ahimsa is the fundamental tenet of Jainism. Paramo means topmost, ultimate, or supreme. Dharma has no direct translation into English; however, it can be conceptualized as duty, reality, or righteousness in thought, word, and action. Unlike western conceptions of non-violence, ahimsa is not a passive force, but implies an active expression of compassion. In the same vein, Humane Long Island does not believe it's enough to simply go vegan but rather believes we must become activists.

Taking inspiration from Mahavira, a name meaning "Great Warrior", Humane Long Island is not your typical animal rights organization. We are strategic campaigners who have shut down petting zoos and illegal backyard butcher operations, stopped massacres of thousands of geese and deer, ended animal circuses and wild animal acts from New York City to Greenport, stopped a slaughterhouse from being built in Islip and a sordid aquarium chain from expanding into Oyster Bay, and done so much more, through the implementation of right thought and action.

We do not approach animal exploiters with pride or anger, but rather as humane educators with thoughts of consequentialism. We recognize that a person's every action is the result of the disposition they were born with — whether one calls that a soul, a Jiva, or simply their genetic makeup — and how that disposition is influenced by environmental factors, experiences, or karmas. A wicked person is not someone to be feared or loathed, but rather a broken person who needs to be loved and healed.

Through this mindset, we regularly exchange vegan food for animals at live slaughter markets, have worked with our friends at PETA and Arthur's Acres Animal Sanctuary to rescue two pigs from an Iowa factory farm, and even worked amicably with a petting zoo owner to shut down his business and retire the animals to reputable sanctuaries.

John and Juliana live a very modest life, living in a studio apartment and caring for dozens of birds in a coop and run larger than their own living quarters. However, Humane Long Island is actively fundraising for a property where we can not only dramatically expand our rescue operations but also launch an Activist Education Center where we can host workshops, trainings, fundraisers, and Jain events. If you would like to donate toward this effort, please consider visiting our donation or sponsorship pages. You may also contact [email protected] for more information.

Learn more about the influence Ahimsa has on John and Juliana's life.

Humane Long Island founder John Di Leonardo always wanted to make the world a better place. Over the years, this has presented itself in vastly different ways. Early on, John committed valiant acts of violence in defense of others who could not adequately defend themselves, taking on bullies in the schoolyard as a child and pursuing rapists and violent gangs as a teenager.

As his worldview expanded however, John learned that not only were the biggest problems well beyond his fists, but that violence only begets more violence. He disbanded his gang of vigilantes and began study in counseling and school psychology with the goal of helping children with special needs when they were young and most malleable. It was not until he was halfway through his schooling however that he learned about Jainism and its followers' strict adherence to Ahimsa and his life changed forever.

Prior to taking a World Religions course in 2007, John had never met a vegetarian and believed all the typical fallacies, namely that killing animals was a necessary sin and that humans could not survive — much less thrive — without consuming meat. Suddenly, he was not only presented with an entire community that had eschewed meat for thousands of years but ascetics who were so dedicated to Ahimsa that they waited for berries to fall off the vine so as not to molest the plant. John felt small and cowardly. How could he claim to be protecting his community while consuming the lives of others? After class, he went to the school cafeteria and loaded up a plate full of chickens, but this time, seeing the carcasses as individuals rather than food, he could not take a bite and pushed his plate away. He never ate meat again. A year later, John learned how infant cows were torn from their mothers so we can consume milk meant for them and how in the egg industry male chicks are killed — suffocated or ground alive — at only one day old because they cannot lay eggs. He went vegan as a result. The weight of the cruelties in this world seemed bigger than John could bear but he knew he could no longer engage in these cruelties himself.

Shortly thereafter, John received an email from PETA notifying him that Ringling Bros. & Barnum and Bailey Circus was coming to Nassau Coliseum during his Spring break. Enclosed were pictures of baby elephants being chained and beaten, forced into the unnatural contortions seen on the big stage. John made a small vow, or Anuvrat, to dedicate his Spring break to peacefully protesting outside the circus each day. Following these demonstrations, he felt empowered and made another vow, to see the end of Ringling Bros. & Barnum and Bailey Circus’s exploitation of animals before he died.

Before he knew it, John was an anthrozoologist employed by the largest animal rights organization in the world and leading the last ever Ringling Bros. and Barnum & Bailey Circus protest at Nassau Coliseum where it all began. The circus giant had fallen, and he was not even 30. 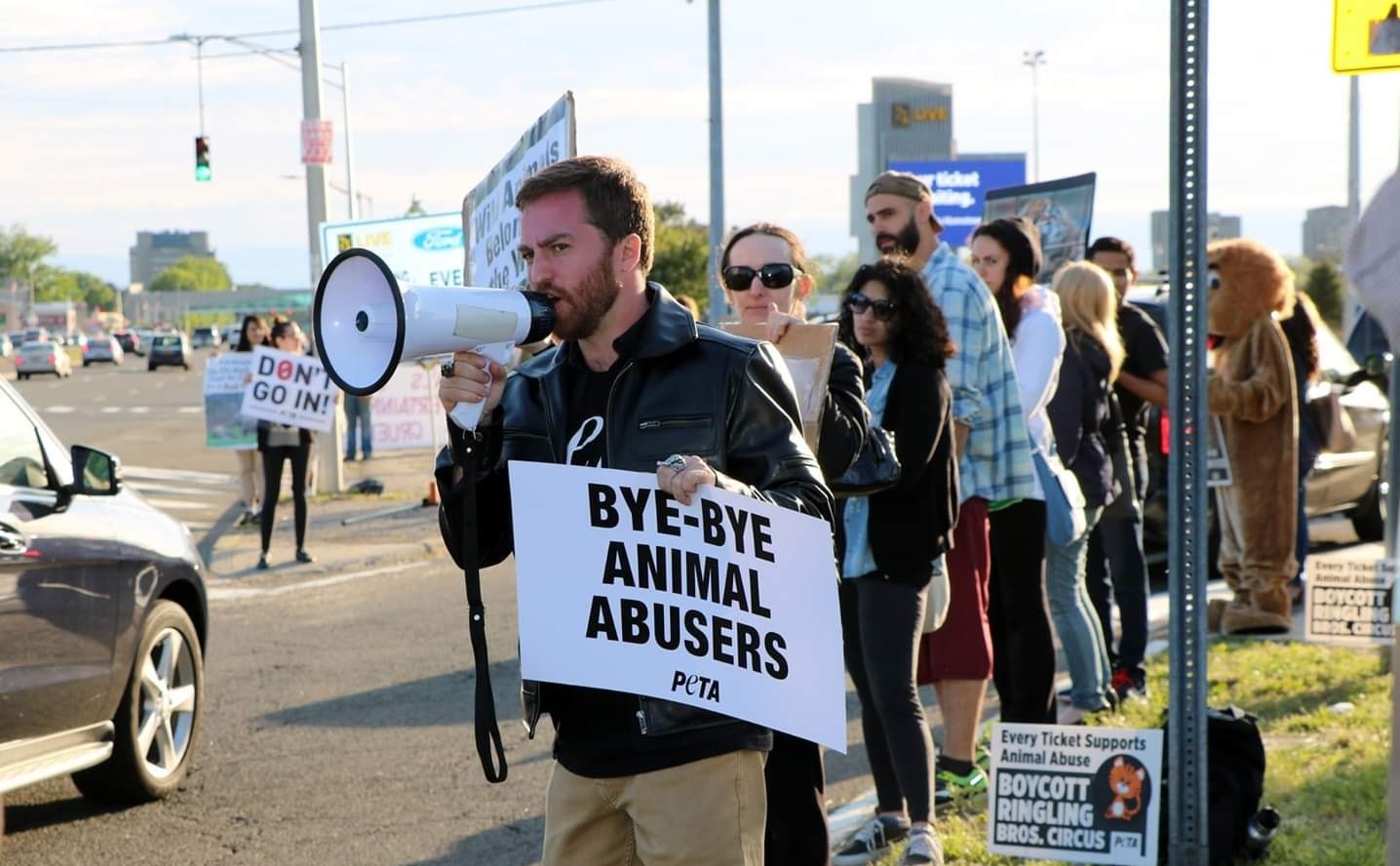 Since then, John has continued to take small but significant vows — Anuvratas. John led the campaign that ended SeaWorld's sordid orca breeding program and its circus-style dolphin shows, convinced the Iditarod dogsled race's major sponsors, including ExxonMobil and Fiat-Chrysler, to pull half a million dollars annually from the dog death race, shut down Cole Bros. Circus, stopped slaughterhouses and sordid aquarium chains from expanding onto Long Island, and most importantly founded Humane Long Island.

Humane Long Island Vice President Juliana Di Leonardo was immensely concerned with human and animal suffering and environmental degradation since she was a child. As a young adult, she joined John's protests against Ringling Bros. and Barnum & Bailey Circus and Cole Bros. Circus, even leading protests against Piccadilly Circus when John was in Detroit and unable to lead them himself. 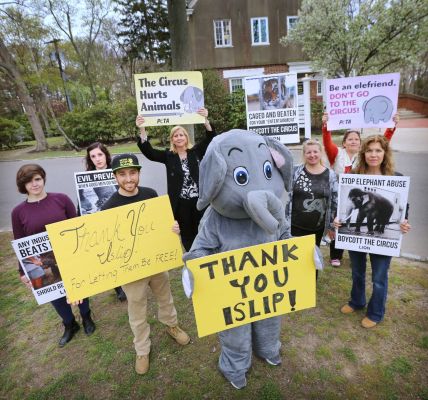 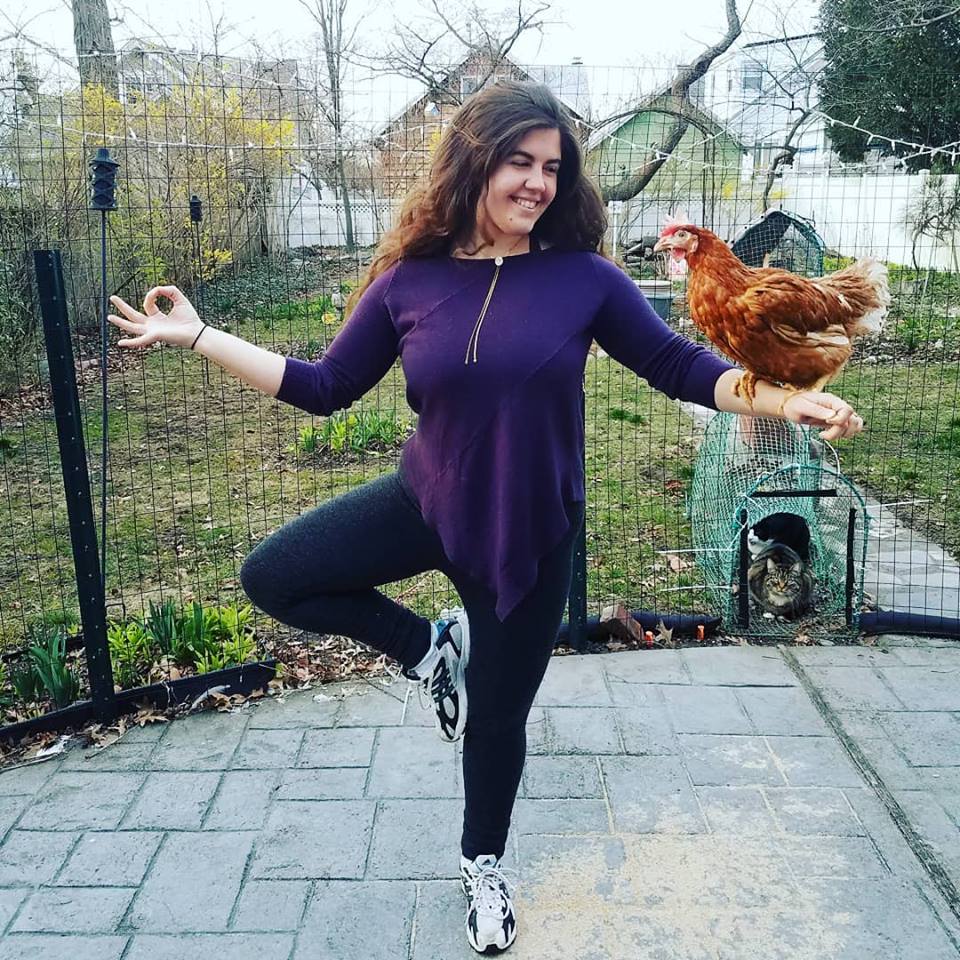 Today, John is a graduate of the International School of Jain Studies in India and Juliana is a 500 RYT yoga instructor. John has published professional papers about Ahimsa and Jainism in Young Jains magazine as well as the journal Sramana. He was honored to speak at the Jain Center of America on World Compassion and Vegan Day in 2015 and at the Gathering of Light on Mahavir Jayanti — the birth festival of the last Jain Tirthankara — in 2022. John and Juliana were recently privileged to meet enlightened master Pujya Gurudevshri Rakeshji upon his visit to the United States and are honored to manage a weekly column about Anuvrat, or small vows, in The South Asian Times.