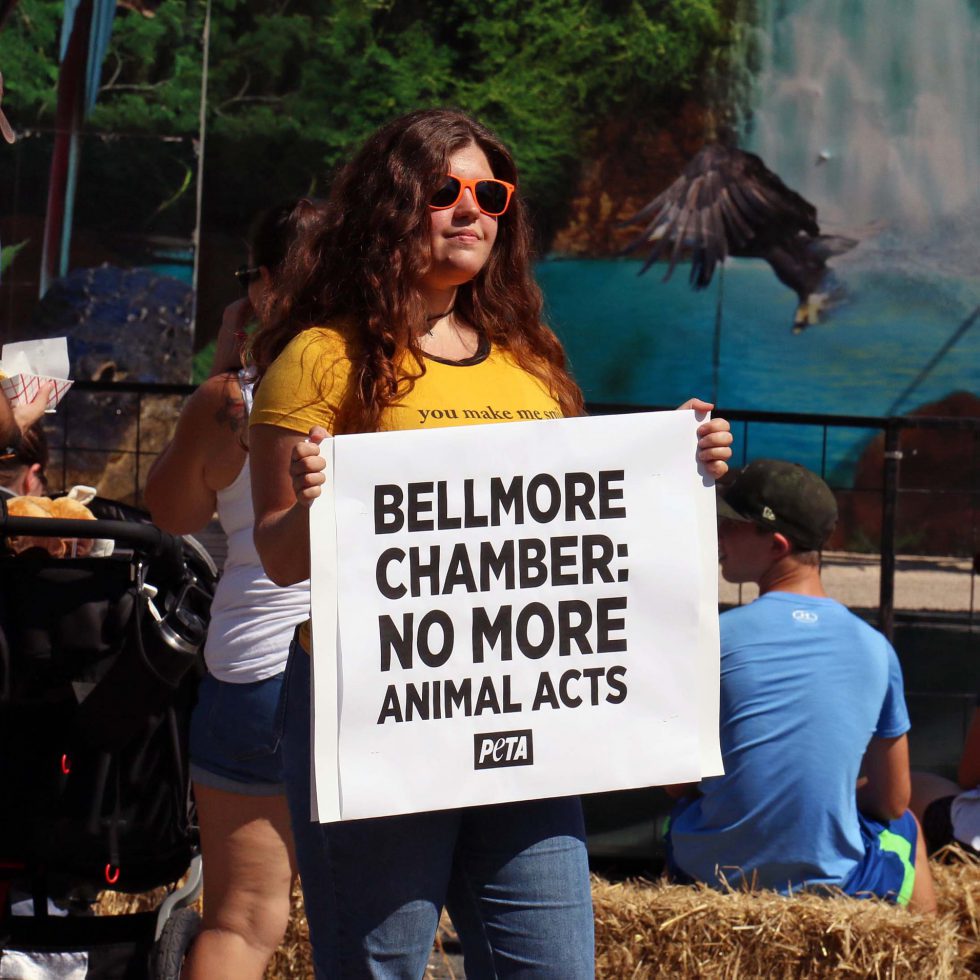 Following a spirited protest by members of Humane Long Island and PETA against animal exhibitor Wild World of Animals at the Bellmore Street Festival, the Chamber of Commerce of the Bellmores in New York agreed not to host animal acts again at the fair or any of its other events!

During Humane Long Island’s protest, several people left the show’s audience, two of whom joined the protesters; five animal rescue groups canceled their plans to be vendors at the fair; and a vegan food vendor joined the protest (and gave free food to all the protesters). The protest also prompted the street fair to cancel the first of Wild World of Animals’ scheduled performances.

The Bellmore Street Festival has now joined several local fairs that have ended animal acts in recent years, including the Levittown Chamber of Commerce festival and the Northport Fireman’s Fair.