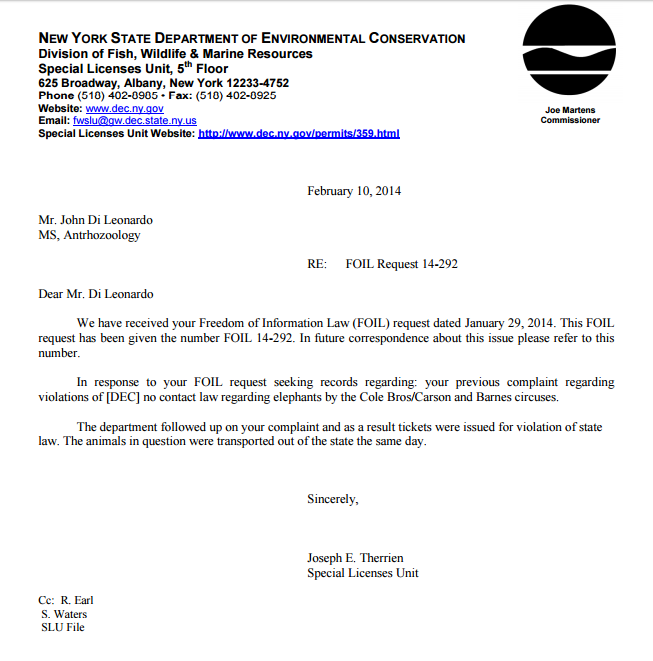 Following a Humane Long Island investigation into Cole Bros. Circus and its elephant exhibitor Carson & Barnes, Humane Long Island filed a formal complaint to the New York State Department of Environmental Conservation (DEC) alleging the circus' violation of New York state permits mandating that "Animals must be exhibited, held, transported, and housed in a manner which prevents direct contact with the public at all times." Today, the New York State DEC reported "The department followed up on [Humane Long Island's] complaint and as a result tickets were issued for violation of state law. The animals in question were transported out of the state the same day."