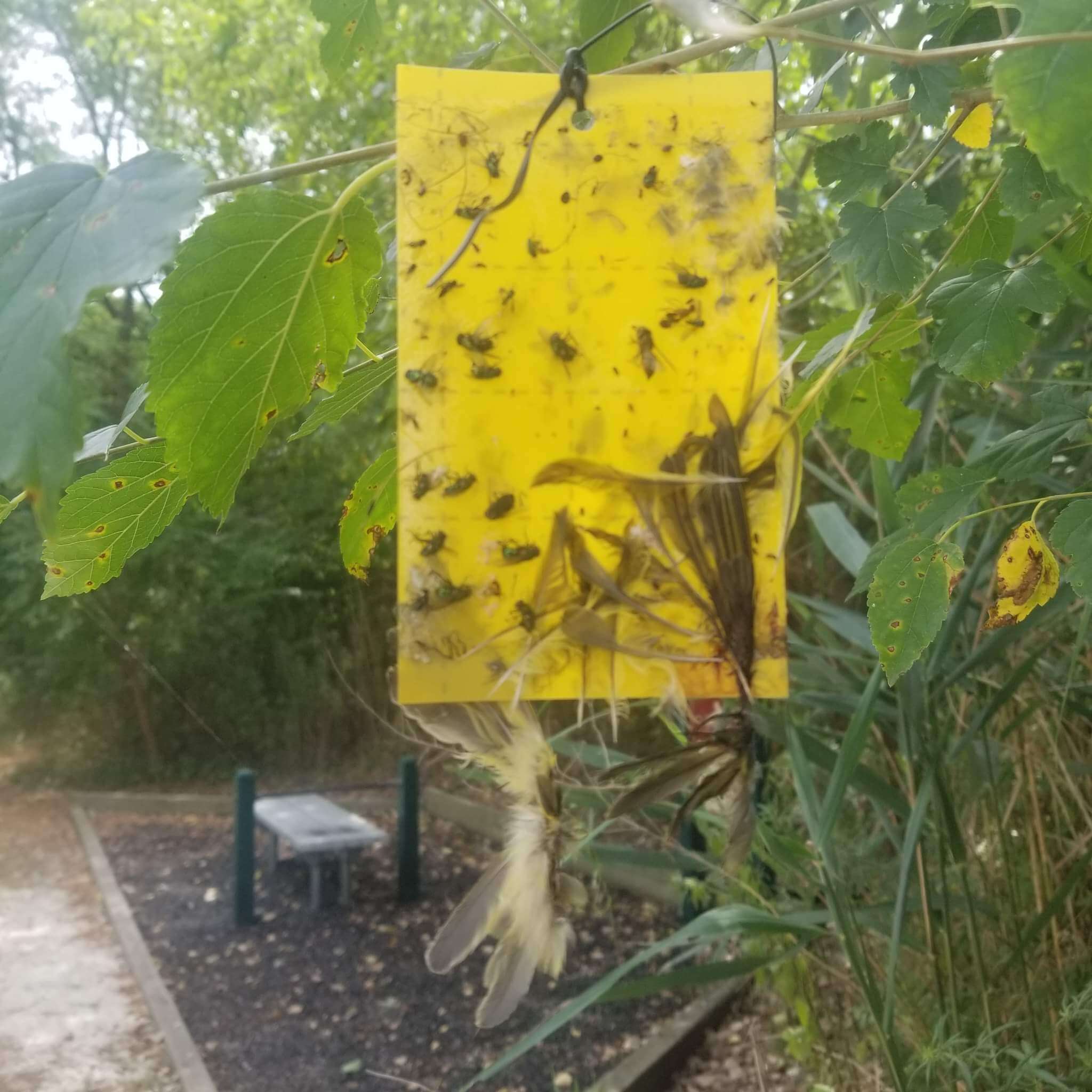 While on a run at Norman J. Levy Park & Preserve in Merrick, a veterinary technician stumbled upon the grisly body of a yellow warbler stuck to a glue trap along with countless insects literally pulling themselves limb from limb trying to escape the torturous trap. She brought it to the attention of park workers who removed the mangled body of the deceased federally protected bird but not the traps. When she insisted the traps be removed as well, workers informed her that the traps were part of a school science experiment and were there to stay. Frustrated, she contacted Humane Long Island who responded to the scene along with local wildlife rehabilitator Karenlynn Stracher.

After speaking with park workers, Humane Long Island President John Di Leonardo met with the park director over the phone and urged her to have the traps taken down immediately, using this as a teachable moment for the student about the dangers and cruelties of glue traps, resulting in not only traps at Levy Preserve being taken down but traps throughout Nassau County and Hempstead Town parks being removed the same day.

Volunteer Karenlynn Stracher followed up with the school who assured her this would never happen again.