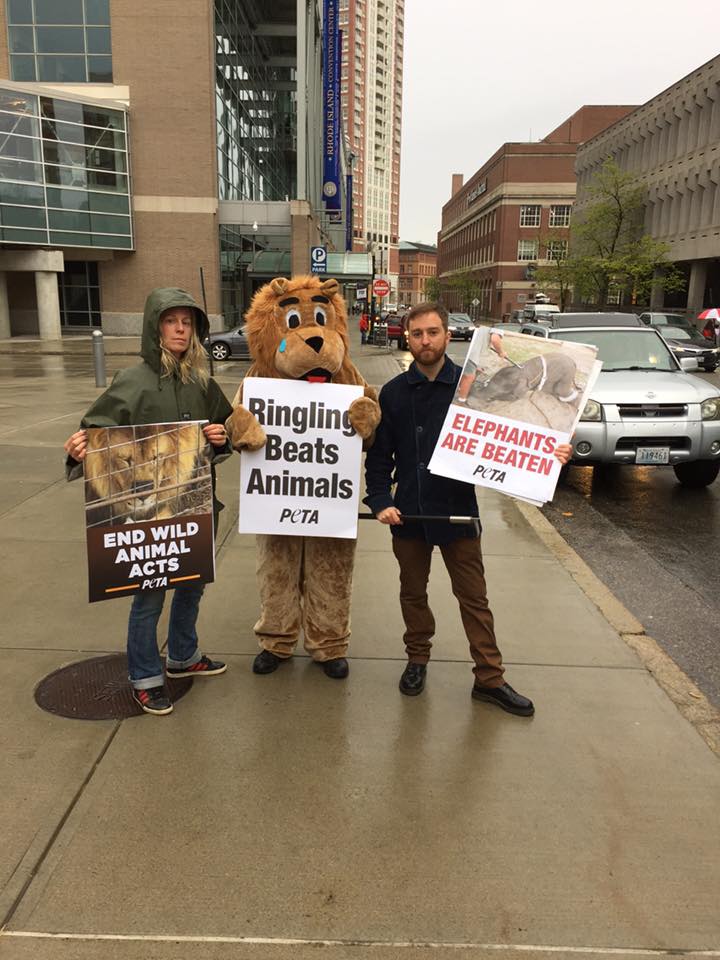 Citing growing public concern over “how the animals are treated," Ringling Bros. and Barnum & Bailey Circus has taken the long-suffering elephants exploited for their shows off the road. And Humane Long Island Pres John Di Leonardo and his father Gary traveled down to Rhode Island to protest their elephant acts one final time.

“There’s been somewhat of a mood shift among our consumers,” said Alana Feld, the company’s executive vice president. “A lot of people aren’t comfortable with us touring with our elephants.”

However, Ringling's announcement came too late for 8-month-old baby Riccardo who was killed after he fractured his hind legs during a training exercise involving ropes and bullhook, 3-year-old Kenny who died after he was forced to perform despite defecating blood, and 2-year-old Mike who died from elephant endotheliotropic herpesvirus—a highly fatal disease linked to the stress of captivity—at Ringling Bros. Florida prison camp more than 7 months after the elephants were taken off the road. It also does nothing for lions like Clyde, who was baked to death in a Ringling boxcar, and Arnie, who was shot to death in a locked cage.

We will continue our protests until the only performers left are talented humans who can go home at the end of the day and retire when they wish.