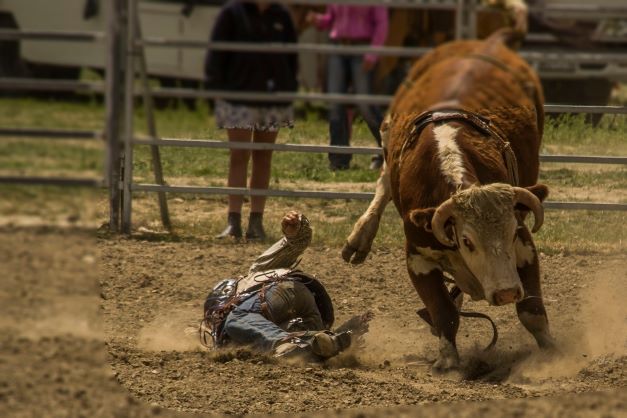 After meeting with Coram residents distraught over a boisterous, inhumane, and illegal rodeo coming annually to their neighborhood, Humane Long Island worked with the residents to contact Brookhaven officials, launched an action alert, and attended a town hall meeting where Brookhaven Town Clerk Donna Lent denied Rodeo Tierra Caliente—which had held the event at the Coram Equestrian Center for the past three years—its permit.

Rodeos take tame animals and terrorize and provoke them into behavior that makes them temporarily appear to be fierce and aggressive by using electric prods, bucking straps, and spurs—all of which burn, wound, and/or dig into the animals' skin and sensitive tissue. These weapons cause such serious injuries, pain, and suffering, that the town of Southampton banned them over a decade ago.