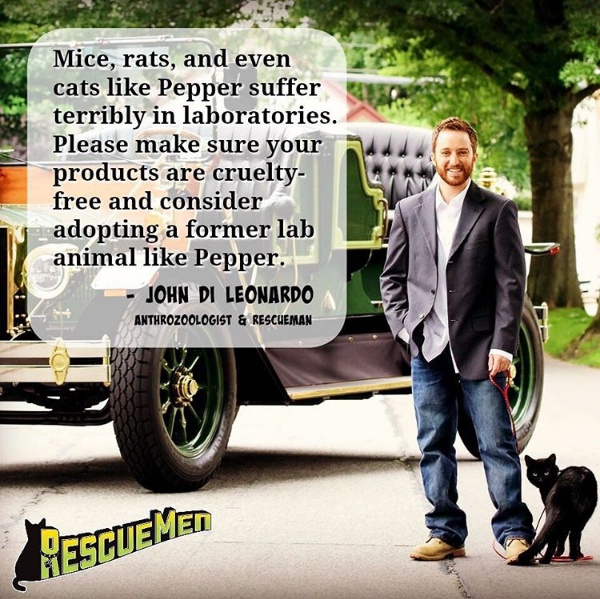 Today, Governor Cuomo signed New York's Beagle Freedom Bill into law, requiring university laboratories give nonprofit rescue organizations the opportunity to adopt and rehabilitate dogs and cats before the laboratories can discard of them. We are grateful to celebrate alongside Pepper, the baby of our pride and an ambassador for this bill, who was rescued from a university product testing lab in partnership with Beagle Freedom Project in 2014.

Update: Today, October 15th, 2016, Pepper, passed away at the young age of 4 and a half from cancer, likely a result of his time in the lab. While Pepper was lucky enough to know freedom—even if just two short years of it—millions of mice, rats, rabbits, primates, cats, dogs, and other animals are not so lucky. In remembrance of Pepper, LION urges people everywhere to only buy cruelty-free products, donate only to charities that don’t experiment on animals, and demand humane alternatives to animal dissection.