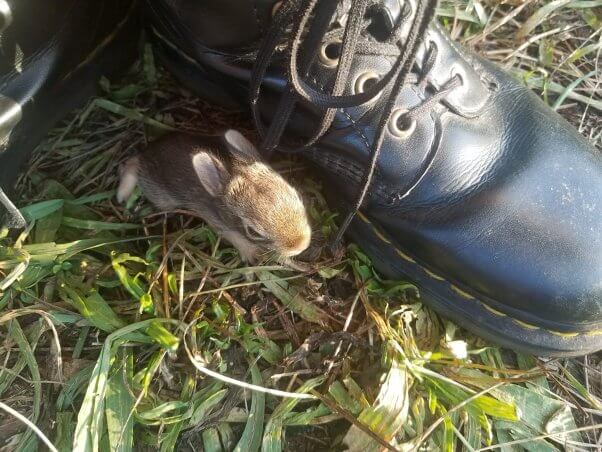 When Humane Long Island heard that the Banana Derby—a cruel monkey rodeo where monkeys are chained to dogs and raced around a track—was coming to the Northport Firemen's Fair, we urged the Fire Department to cancel the act and protested when our messages were not returned. On the second day of protests, the Fire Department publicly pledged to never hire animal acts of any kind ever again. Humane Long Island delivered them a platter of delicious, vegan cookies courtesy of BumbleVee Cookies as a token of our appreciation.

During the last few days of the fair, the fire department took its commitment to animal welfare even further. After finding two baby rabbits in the parking lot—one with an injured leg—a fire department representative asked Humane Long Island demonstrators for help. The adorable twosome was taken to a wildlife rehabilitator to be treated and eventually released back to the wild.